21 things about the Grammy Awards that you definitely never knew!

Georg Solti holds the record for the most Grammys won

Sir Georg Solti currently holds the record for the most Grammy Awards won in a lifetime. The Hungarian-British conductor was the head conductor for the Chicago Symphony Orchestra for twenty-two years. He has racked up 74 total nominations and won 31 competitive Grammys. In 1996 he was also awarded with the Grammy Lifetime Achievement Award.

The very first Grammy Awards were hosted on May 4, 1959 and saw Domenico Modugno take home the coveted Record of the year award for his song “Volare”. The artist rose to fame in 1958 after he represented Italy in the Eurovision Song Contest. He finished in third place with his international hit song "Nel blu dipinto di blu", also known as “Volare”. 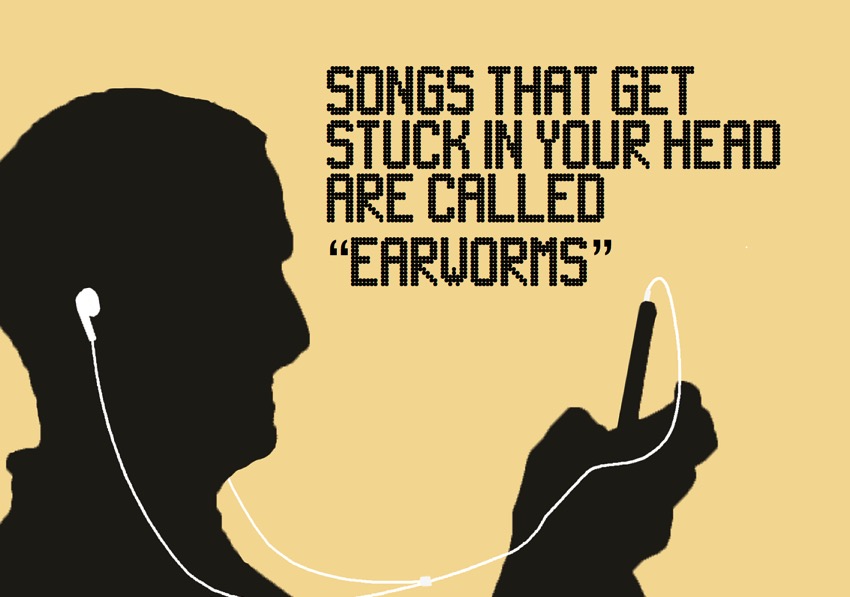 The longest title to ever have won a Grammy was 14 words long!

In 2007, The Flaming Lips took home the award for Best Rock Instrumental Performance with their song “The Wizard Turns On…The Giant Silver Flashlight And Puts On His Werewolf Moccasins”. That win awarded them more than just the statue, but also the ability to say that their song was the longest title ever to have won a Grammy.

Only one artist has ever won a Grammy and refused it

In 1991 Sinead O’Connor was nominated for and later won the Grammy for Best Alternative Album. Not only did she refuse to attend the ceremony, but she also later rejected the award and turned down the opportunity to take it home. Her reason for rejecting the honor? She stated that she felt the hole ceremony and system was “too commercial”. 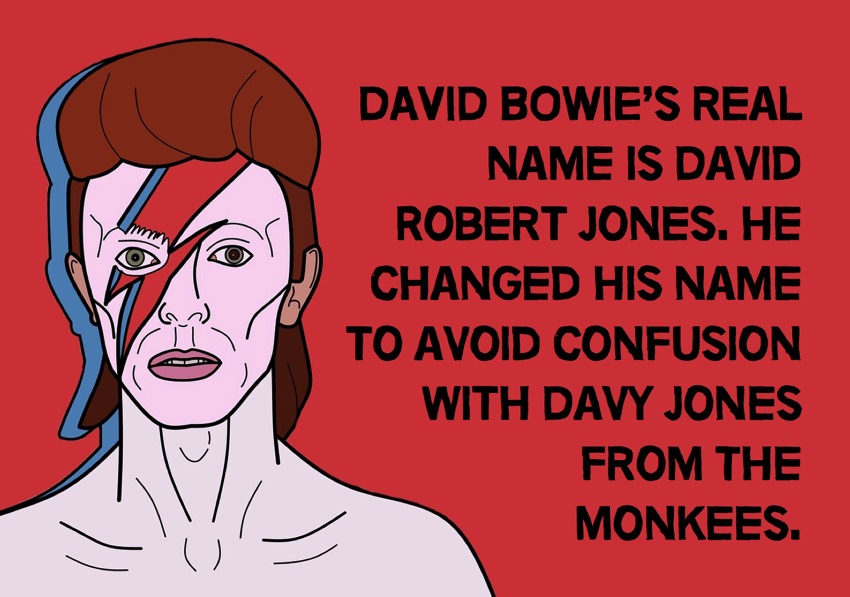 The average price for a 30 second advertisement during the Grammys is $1.2 million

The Grammy Awards have been televised since 1971 and advertising space during the broadcast have always been coveted slots. In 1986, a 30 second advertisement during the live awards show cost $205,500. That may seem like a lot, but compared to today’s standard its nothing but chump change. The number is steadily increasing every year and hit its peak this year in 2016 where a short 30 second slot will cost you over $1 million.

The Academy Awards are still the world’s most popular and most watched awards show, but the Grammys fall in right behind them. The ceremony dropped in viewership in the early 2000s, but picked up in 2012 massively following the show’s Whitney Huston tribute the day after her death. The momentum remained high the following year, making them the highest rated telecasts since 1993. 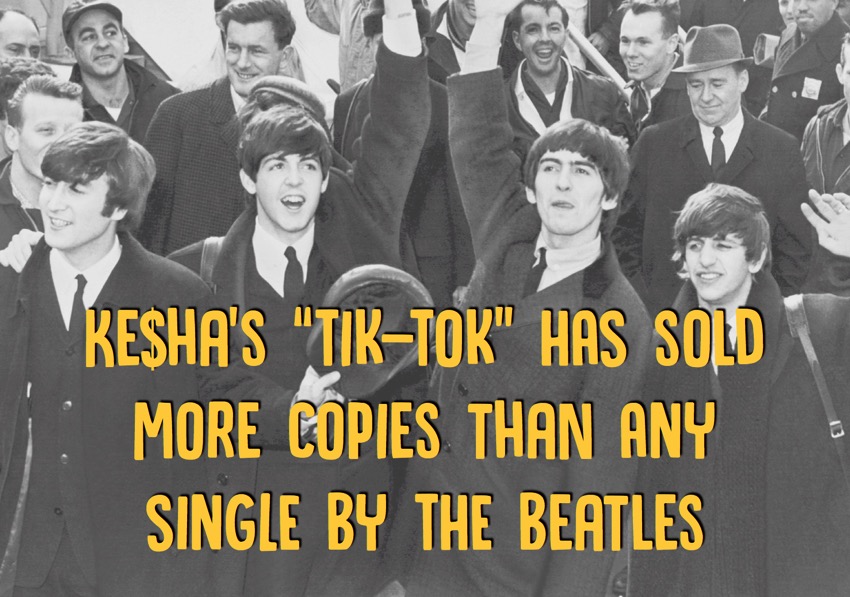 Kanye West has racked up a total of twenty-one Grammy awards, which is more than Bruce Springsteen, Elvis Presley, Beyoncé, The Beatles and Madonna. Bruce Springsteen and Beyoncé each have twenty Grammys each, The Beatles have ten, Madonna has seven, and Elvis has just three. Two of the Grammys won by Elvis Presley were for gospel albums and the third was the Grammy Lifetime Achievement Award.

Jay-Z has more Grammys than Beyoncé

Queen B may have won a whopping 210 awards over the course of her illustrious career, but when it comes to the Grammys, she is outnumbered by the other half of the power couple: Jay-Z. Not by much though, Beyoncé has taken home a total of 20 Grammy Awards both as a solo artist and as a member of her hugely successful 90s girl group Destiney’s Child. Jay-Z has achieved 21 Grammy awards. 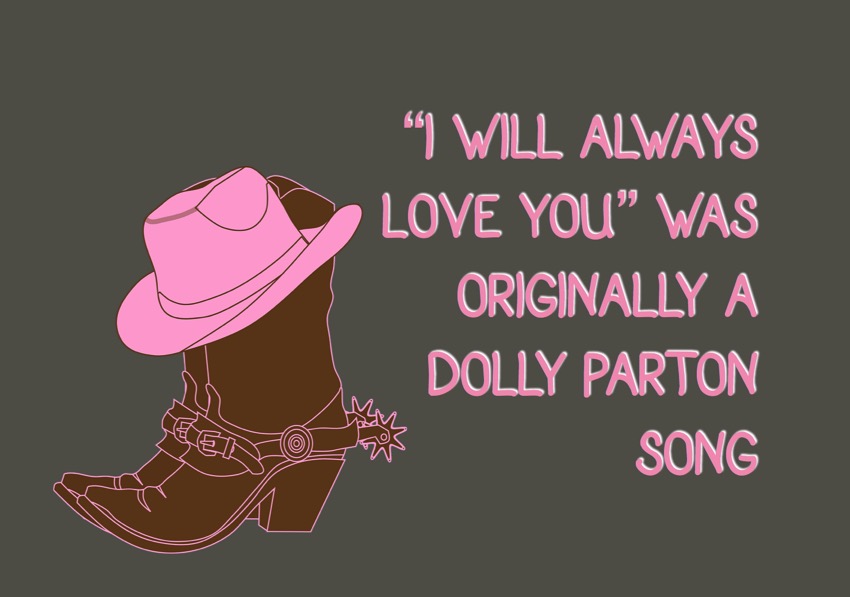 Quincy Jones holds the record for the most Grammy nominations

Legendary music producer Quincy Jones holds the record for the most Grammy nominations received in a lifetime. Over the course of his career he has managed to rack up 79 total nominations. He has only won 28 though, including a Grammy Legend Award which he received in 1991 for his long list of contributions to the music industry.

The first Grammys were held at two locations simultaneously

The very first Grammy awards were held in 1959 in two locations simultaneously: The Beverly Hills Hotel in Beverly Hills, California, and the Park Sheraton Hotel in New York City. Just twenty-eight awards were given out that night including Record of the Year, Album of the Year and Song of the Year. The big winners of the night were Domenico Mondugno, Henry Mancini, Ross Bagdasarian Sr., Count Basie and Ella Fitzgerald who each took home two awards. 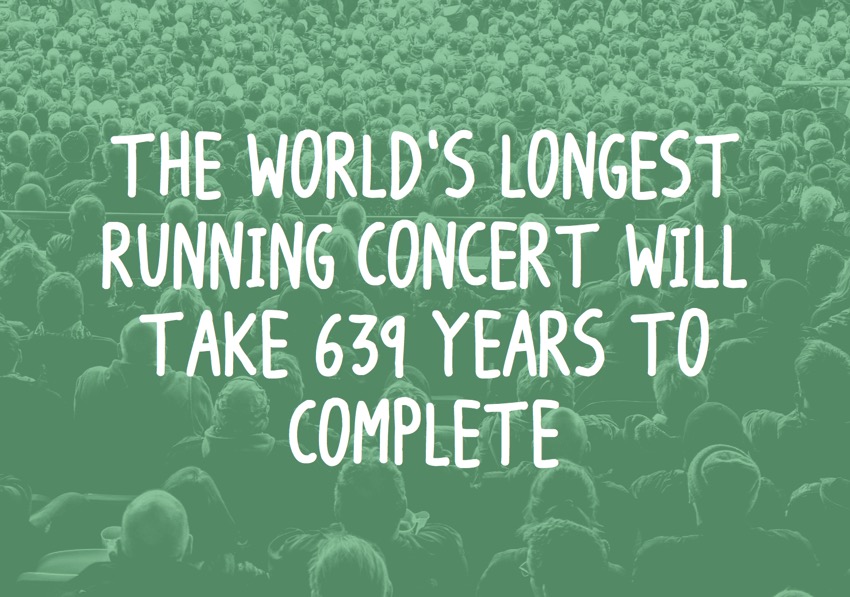 The youngest Grammy winner ever was just 7 years old

Snoop Dogg has been nominated 16 times

Snoop Dogg has some pretty bad luck when it comes to the Grammy Awards. He has picked up sixteen nominations over the course of his career, but has lost all of them. He has yet to win. Snoop Dogg shares this record with Brian McKnight who has been nominated for the same amount of times, and also, has yet to win. 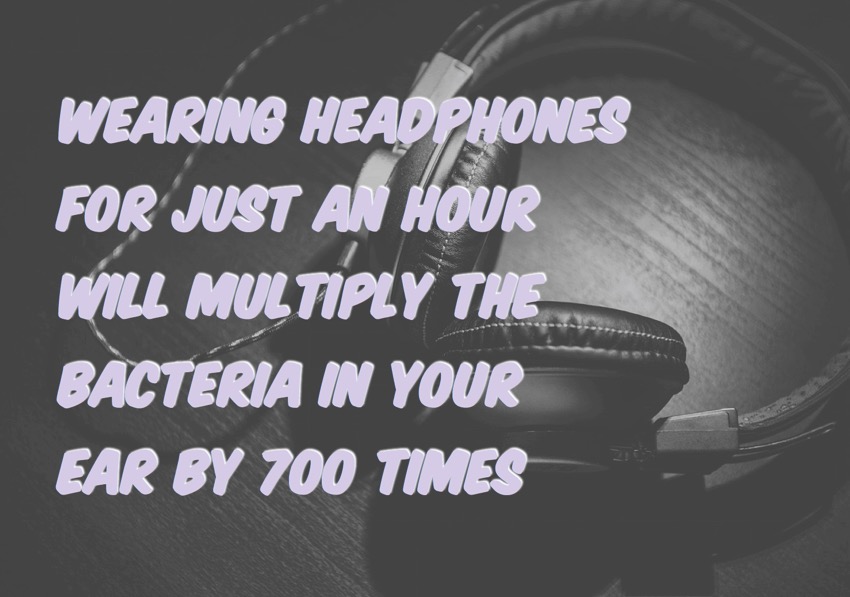 “Who Let The Dogs Out” won a Grammy

Yep, that’s right, as incredible and unbelievable as it may seem, that incessant 90s earworm won a Grammy Award. In 2001 the Baha Men took home the Grammy for Best Dance Recording for their hit, dispute it having later won several more awards considering it to be one of the worst songs ever written and recorded. Proof that everybody has their own special tastes.

Over the course of their successful career, rock band Led Zeppelin never took home any competitive Grammy Awards. In 2005, they were, however, receipts of the Grammy Lifetime Achievement Award. Additionally, four of their recording have been inducted into the Grammy Hall of Fame. 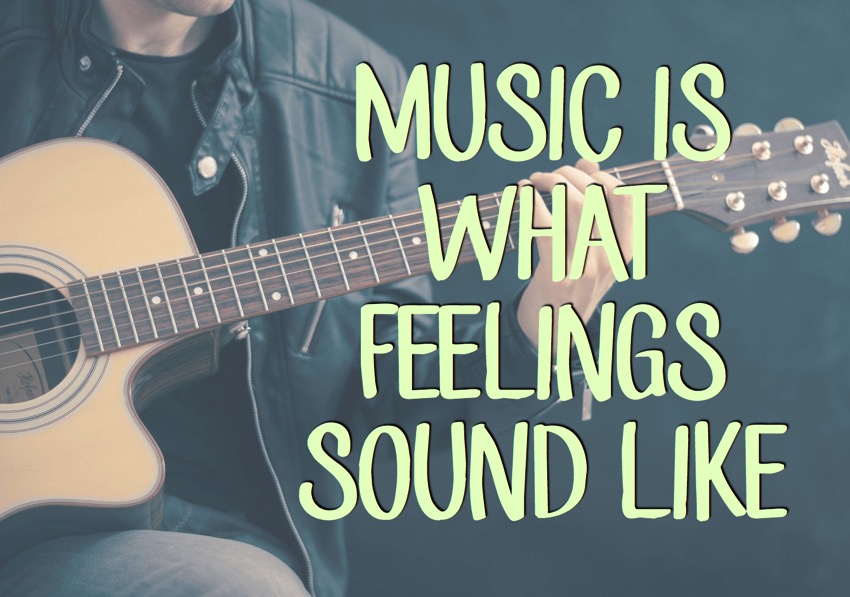 Carlos Santana and the late Michael Jackson are tied for the most Grammy awards received in one single night. Both won 8 awards during a single ceremony in 2000 and 1984 respectively. Following them in hot pursuit are five artists who have each taken home six awards in one night: Roger Miller (1966), Quincy Jones (1991), Eric Clapton (1993), Beyoncé (2010) and Adele (2012).

In 2004, Janet Jackson and Justin Timberlake were invited to the Grammys, but only under the provision that they publicly apologize for the Super Bowl Halftime Show mishap

Way back in 2004, the history of the Super Bowl saw one of its greatest scandals of all-time, the Janet Jackson nipple reveal. The action brewed a myriad of controversy and one week later at the Grammys, people were definitely still talking about it. Janet Jackson and Justin Timberlake were invited to attend, but only under the condition that they both apologize for the event. Jackson declined, but Timberlake attended and made his apology during his acceptance speech for Best Pop Male Performance. 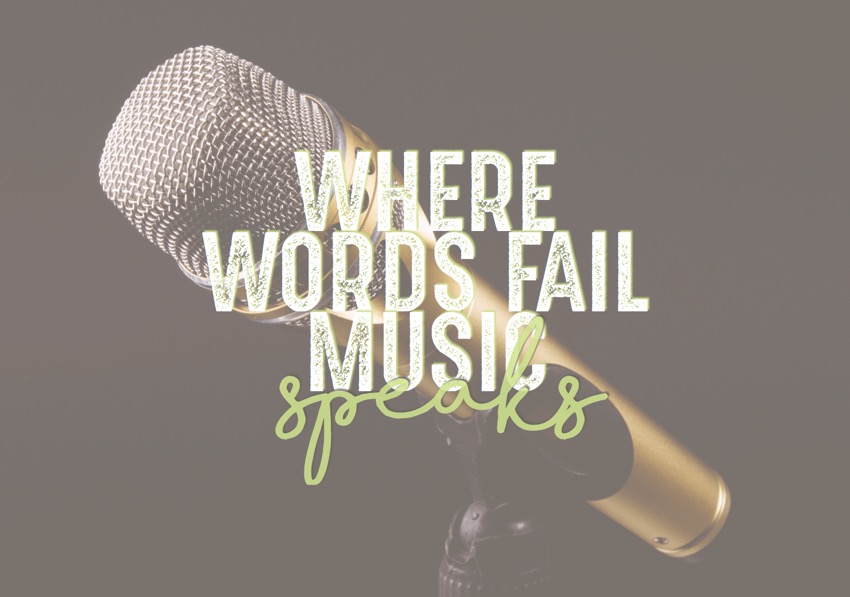 The Grammy statuettes used to be named Eddie

Before they eventually settled on just using the name “Grammy” for the gold gramophone statuette awarded at the ceremony, the National Academy of Recording Arts and Sciences, nicknamed it “Eddie”. The choice of the name was in honor of the great inventor of the gramophones: Thomas Edison.

Only six artists have won Record, Album and Song of the year in one night

A total of six artists have been lucky enough to take home the three most coveted awards in one night: Paul Simon (1971), Carole King (1972), Christopher Cross (1981), Eric Clapton (1993), Dixie Chicks (2007), and lastly Adele (2012). Only one artist though, has won all FOUR of the general field awards (Record of the Year, Song of the Year, Album of the Year and Best New Artist) at one single ceremony, Christopher Cross in 1981. 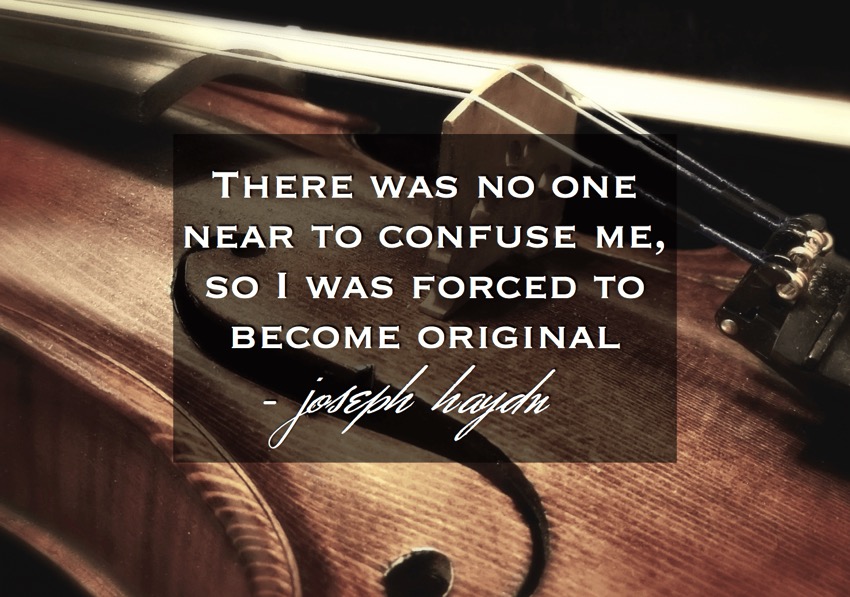 The Grammys are not just all about the music, there are also awards given out for spoken word, music videos and music films. In 2006 Barack Obama took home his very first Grammy award for Best Spoken Word Album for the abridged audiobook of his book Dreams of My Father and was awarded the second Grammy in 2008 for the abridged audiobook version of his second book, The Audacity of Hope.

U2 is the most successful group at the Grammys

Irish rock legends U2 are the most successful group in the history of the Grammys. Together they have taken home a total of twenty-two awards, which is more than any other band. They are heads and shoulders above even the second place contender for the title: Alison Krauss and Union Station who have fourteen total awards won. 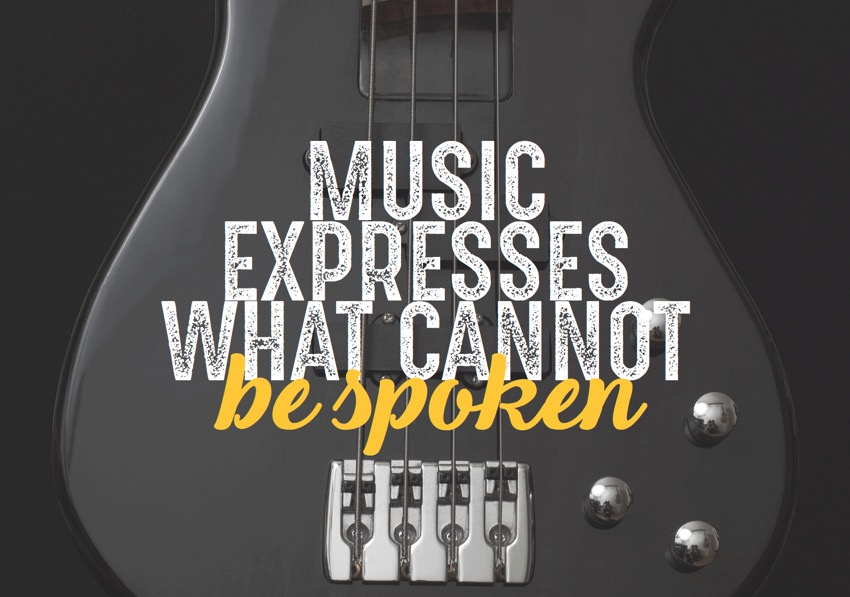 Some people believe that there is a cure involved with the Best New Artist award at the Grammys. This was first vocalized by Taffy Danoff, a former member of the Starland Vocal Band, when she claimed that the award was a “kiss of death” for anyone who has gotten it, as they are no longer able to match or exceed their initial success. Although this has proven true for some artists, a few have escaped the curse like The Beatles, Adele, Carrie Underwood, Bette Midler and Christina Aguilera, who all went on to enjoy hugely successful careers in the industry.